Your Baby’s Eyes: Prevention of Retinopathy of Prematurity & Medical Negligence

You never realized how much would be involved in caring for your baby when he or she was born prematurely, right? You probably felt some relief when you learned that your preemie would be taken care of by neonatologists in a neonatology intensive care unit called the “NICU.” Neonatologists are trained to care for the specific needs of prematurely born babies and help parents navigate through that difficult time when the preemie is too small to go home.

What is Retinopathy of Prematurity

Premature babies often face numerous health problems. One of the conditions which can result from prematurity is called Retinopathy of Prematurity, sometimes referred to as ROP. Retinopathy of Prematurity is a condition that most often affects babies born earlier than 31 weeks gestation. ROP occurs when the blood vessels in the retina develop abnormally. The retina is the inner, back layer of the eye that receives light and sends visual messages to the brain through the optical nerve. In some cases, ROP resolves on its own and does not damage the retina. In other cases, when ROP is severe, it causes the retina to detach from the eye wall which results in blindness.

ROP must be timely diagnosed, followed and, if necessary, treated, or the baby will go blind. When treated properly, ROP does not cause blindness. Usually, premature babies in the NICU are tested for ROP multiple times at certain specific intervals. If your baby remains in the NICU for an extended period of time, the ROP exams will be (or should be) conducted on schedule.

However, your baby may be discharged before the ROP exams are completed. In that scenario, you should be specifically instructed on discharge regarding ROP. These instructions should be in writing. You should be told that one or more of the exams remain to be done; that the exams must be conducted by a pediatric ophthalmologist; and that the exams are time sensitive and must be conducted on a specified schedule or your baby may go blind. In addition, the appointment to see the pediatric ophthalmologist should be made by the NICU staff for you before your baby is discharged from the NICU given the catastrophic result (blindness) that can occur if severe ROP develops, and it is not timely treated. This ensures that the exam is not only scheduled with the right doctor, but also ensures that the exam is scheduled at the right interval.

Parental education by the NICU staff is crucial when premature babies are discharged before ROP is ruled out. Parents must know that their baby is not out of the woods with respect to ROP and that devastating consequences can occur. This parental education is extremely important since taking home a premature baby is daunting. The babies are often on breathing monitors, multiple medications and specialized feeding regimens. Parents have a lot on their plates at that time which is why proper education and assistance with setting the appointment is the standard of care or rule that should be followed. 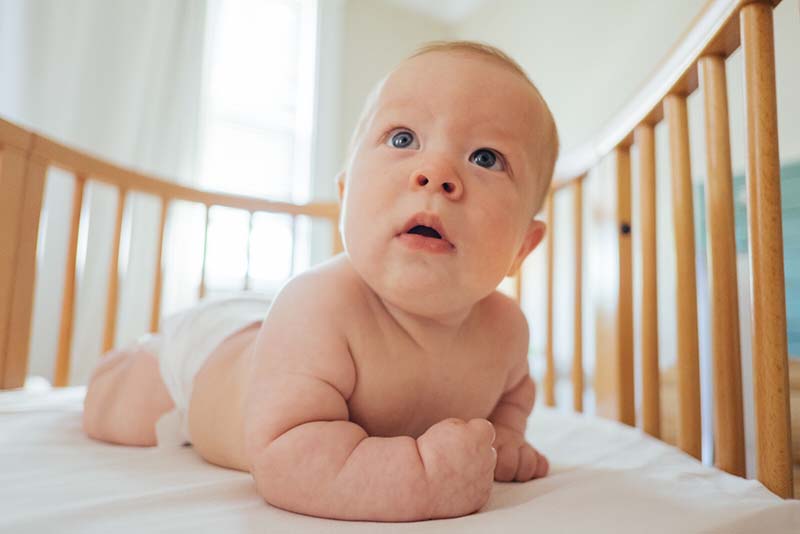 So, who says these are the rules or standards of medical care for neonatologists? The American Academy of Pediatrics (AAP). The American Academy of Pediatrics sets the rules of medical care for neonates in connection with ROP. The AAP requires neonatologists who are discharging premature babies from NICUs who remain at risk for ROP to “ensure” “the availability of [an] appropriate follow-up ophthalmologic examination.” According to the AAP, “specific arrangements for that examination must be made before such . . . discharge occurs.” In addition, the AAP directs neonatologists to educate parents facing this scenario: “They [parents] should be made to understand the potential for severe visual loss including blindness, that there is a critical time window to be met if treatment is to be successful, and that a timely follow up exam is essential to successful treatment.” Click here to review the 2008 article from AAP.

Along with Phil Freidin of Freidin Brown, LLP, I represented a wonderful family whose daughter is blind from ROP. The NICU and its neonatologists discharged her before her ROP exams were completed and failed to properly educate her parents. The NICU did not schedule the appointment with the pediatric ophthalmologist and did not tell the parents that their baby daughter had to be seen and examined within a specific, short window of time, or the baby could go blind.

Although the NICU gave her parents the name of a pediatric ophthalmologist to see, he was no longer performing ROP exams and was on medical leave. Her diligent parents scheduled an appointment with a different pediatric ophthalmologist for a few weeks later, but had no idea that the appointment had to happen within the first week they took their daughter home from the NICU. By the time they went to the appointment they scheduled, their daughter’s ROP had progressed to the point of no return. Their baby was blind. This life-changing event was completely preventable had the NICU and the neonatologists chosen to make the appointment before the baby was discharged and properly educated the parents.

Our appellate team worked with Phil Freidin and his firm’s other trial lawyers who handled this special case. We won a seven-figure jury verdict. Our appellate team attended the three-week trial in Clearwater, Florida, and helped with all aspects of the case from arguing various legal issues that arose to directed verdict arguments and the jury-instruction charge conference. We also assisted with other tasks, including witness preparation and strategy in connection with opening and closing statements. The trial was a great collaboration.

Ratzan, Weissman & Boldt is dedicated to deterring harmful conduct, especially conduct that causes injury to children. Promoting community safety is at the core of everything we do through our practice of the law. Our appellate department works with other, experienced and highly successful trial lawyers to help them reach these same goals at trial and on appeal. Our results in this case are a perfect example of the alliance of talents and results that can be obtained.

If your baby or a child in your life developed blindness as a result of ROP, we would be happy to review the facts with you and determine whether or not the medical rules were followed. Approximately 400 to 600 children become legally blind each year from ROP. Since ROP should not lead to blindness if it is properly diagnosed, followed and, if necessary, treated, any child who becomes blind as a result of ROP may have a claim.

How to Identify Negligence in Construction

Liability Waivers Under Scrutiny After Parasailing Death: ‘You Can’t Sign Away Gross Negligence’

Elements of a Birth Injury Lawsuit

When To Hire a Lawyer for Birth Injuries

To consult with our professional team, please fill out the form and submit your request.